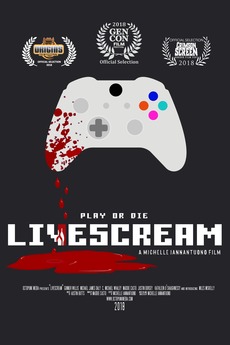 Every day, over 200 loving fans watch Scott Atkinson play horror games online. After a lifetime of failures and false starts, streaming games is the only thing he's good at...until it becomes a nightmare. Enter Livescream - a mysterious horror game sent to him by an anonymous fan. At first, he thinks the game is a low quality indie title. But when his followers start dying one by one, he soon realizes the game is far more sinister. Now, Scott will be forced through nine levels of video game hell, each level representing a different horror game niche, in order to walk away alive.

Horror films (expanding this to dark thrillers as well) featuring the internet/apps and/or computers.

Made this list to help me write an essay on the relatively new subgenre of screen-captured films, which go by…

NOT ON LETTERBOXD: A Night At…