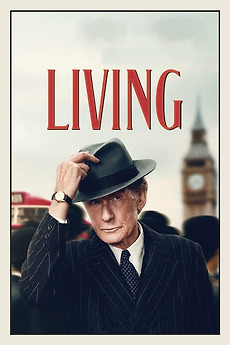 A veteran civil servant and bureaucratic cog in the rebuilding of Britain post-WWII, Williams expertly pushes paperwork around a government office only to reckon with his existence when he’s diagnosed with a fatal illness.