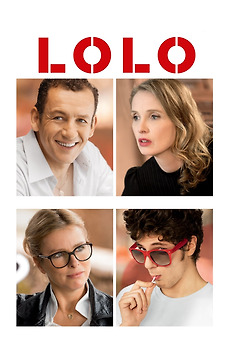 On holiday in the south of France, chic Parisian sophisticate Violette meets life-loving IT geek Jean-René. Against all odds, there’s a real chemistry between them and at the end of the summer, Jean-René wastes no time in joining his beloved in Paris. But there’s trouble in paradise, and a third party swiftly appears to shatter the couple’s idyll: Lolo, Violette’s ultra-possessive 19-year-old son, who is determined to get rid of his mother’s lover, whatever it takes…