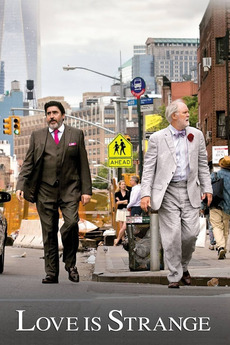 After 39 years together, Ben and George finally tie the knot, but George loses his job as a result, and the newlyweds must sell their New York apartment and live apart, relying on friends and family to make ends meet.