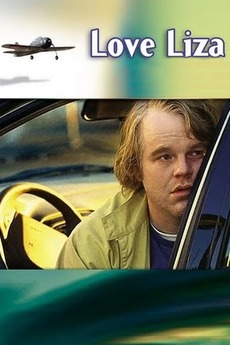 Following the unexplained suicide of his wife Liza, website designer Wilson Joel turns to huffing gasoline fumes and remote control gaming while avoiding an inevitable conflict with his mother-in-law.