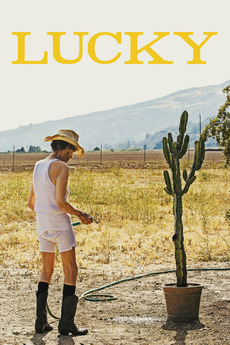 Follows the journey of a 90-year-old atheist and the quirky characters that inhabit his off-the-map desert town. He finds himself at the precipice of life, thrust into a journey of self-exploration.

Pleasant people doing pleasant things and there's not much drama and you just kind of feel lovely about the world.…