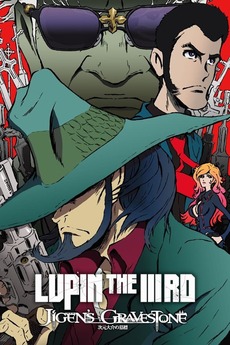 Lupin & Jigen have their sights set on a treasure called the Little Comet, which is located in the heavily fortified country of East Doroa. During the heist, Jigen is almost killed by a sniper named Yael Okuzaki. His specialty is preparing tombstones for his targets before executing them. It's said that no one can survive after Yael makes their tombstone.

Every film in the Lupin III Franchise

Lupin III AKA Lupin the Third AKA Rupan III