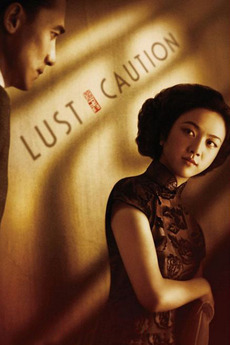 During World War II a secret agent must seduce, then assassinate an official who works for the Japanese puppet government in Shanghai. Her mission becomes clouded when she finds herself falling in love with the man she is assigned to kill.

Really good stuff, give it a read << I was working from top to bottom entering this, becoming increasingly annoyed that…

List of every Chinese language films I've seen so far, with films from China, Hong Kong and Taiwan.