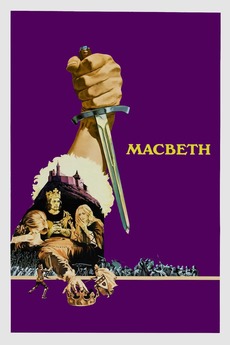 Scotland, 11th century. Driven by the twisted prophecy of three witches and the ruthless ambition of his wife, warlord Macbeth, bold and brave, but also weak and hesitant, betrays his good king and his brothers in arms and sinks into the bloody mud of a path with no return, sown with crime and suspicion.

The Tragedy of Macbeth by William Shakespeare