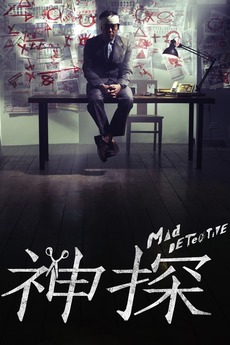 I can see a person's inner personality.

Bun, a schizophrenic, former police inspector comes out of retirement to help a rookie detective solve a complex murder case involving a missing colleague and a suspected policeman suffering from a multiple personality disorder.