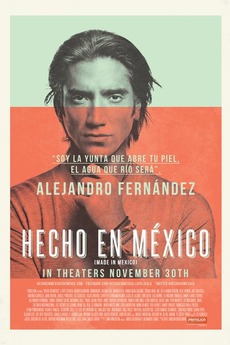 Made in Mexico
JustWatch

From Diego Luna and Alejandro Fernandez, to Carla Morrison and Chavela Vargas, Duncan Bridgeman weaves a cinematic tapestry composed of original songs and insights from the most iconic artists and performers of contemporary Mexico. With striking visuals, the movie captures the rich diversity of Mexican geography, art, music, and culture. It is a rare look at the country's real identity, and an unparalleled celebration of what it truly means to be "Hecho en Mexico."