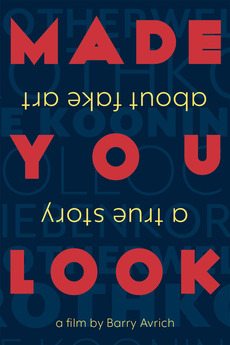 Made You Look: A True Story About Fake…
JustWatch

Made You Look: A True Story About Fake Art

A woman walks into a New York gallery with a cache of unknown masterworks. Thus begins a story of art world greed, willfulness and a high-stakes con.

Works On View: Documentaries About the Art World

Documentary titles about the other aspects of the art world besides the artists themselves: the galleries, museums, and auction houses,…

Two hundred thirty-eight features are eligible for consideration in the Documentary Feature category for the 93rd Academy Awards. Some of…

movies & documentaries about artists, mostly painters but not only.

A list of the record-breaking 240 films eligible for the Best Documentary Feature Oscar at the 93rd Academy Awards.

new york: the real, the fake and the fantastic

Not based on rating/having watched any of these, just a list of my favourite film posters