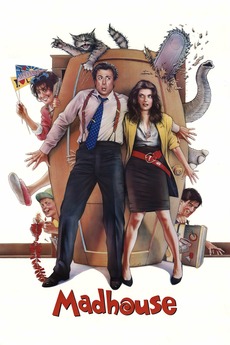 The bad news is you have houseguests. There is no good news.

The luxurious villa of Mark and Jessie Bannister, a yuppie couple, is overrun by loads of uninvited guests who turn the house up side down.