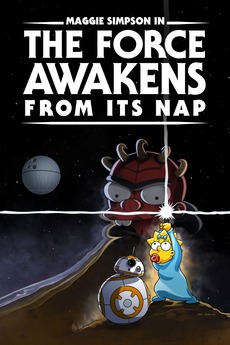 Maggie Simpson in The Force Awakens from Its…
JustWatch

Maggie Simpson in The Force Awakens from Its Nap

In a daycare far, far away… but still in Springfield, Maggie is on an epic quest for her stolen pacifier. Her adventure brings her face-to-face with young Padawans, Sith Lords, familiar droids, Rebel scum, and an ultimate battle against the dark side, in this original short celebrating the Star Wars galaxy.

All Animated and Live-Action Shorts from 2021 - Ranked

List will be updated as I review short films.