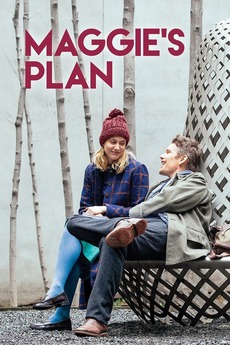 Maggie's plan to have a baby on her own is derailed when she falls in love with John, a married man, destroying his volatile marriage to the brilliant and impossible Georgette. But one daughter and three years later, Maggie is out of love and in a quandary: what do you do when you suspect your man and his ex wife are actually perfect for each other?