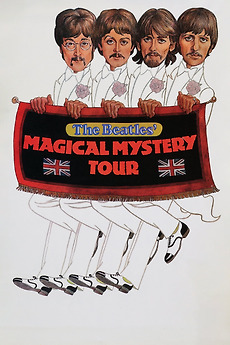 A typically Beatlesque film originally produced for television, this short film was intended to be an off-the-wall road movie with the Beatles and three dozen or so friends on a psychedelic bus.