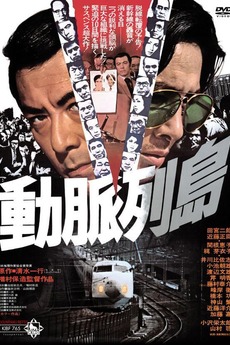 Akiyama is an intern, disgusted with the noise pollution caused by the bullet trains and the heart attacks that noise has been causing in older hospital patients, plots to disrupt and, in ten days, destroy a unit of the operation. He warns the Japan National Railway, that, if nothing is done to reduce the noise, he will derail a bullet train. Takigawa is the police detective sent to stop him.