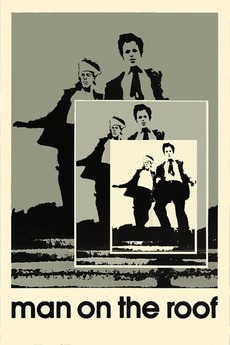 Man on the Roof
JustWatch

Man on the Roof

Stockholm policeman Martin Beck is called in to investigate the murder of a fellow officer. Beck and his partner, Einar Ronn, soon discover that the murdered policeman was well known to his colleagues for his excessive brutality, though his misdeeds were never reported to higher authorities. As they pursue their investigation, a sniper climbs to a roof in downtown Stockholm and starts firing at every uniformed officer he sees.

*Update 12/23: Rarefilmm.com is relaunching today with new selections. Please check out the site and enjoy watching these fantastic gems…