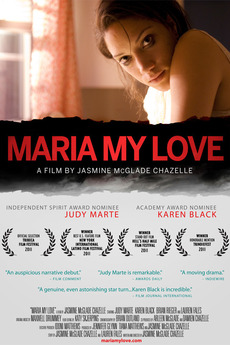 .Ana (Judy Marte) is a young woman trying to reimagine her life after her mother’s death during the course of one California spring. Filled with resentment over her father’s mistakes, Ana feels disconnected from herself and everyone around her. Swept up by new romance (Brian Rieger) and a warm reunion with her half-sister (Lauren Fales), Ana is so taken by the newfound support and love in her life that she sets out to find someone—anyone other than herself—to help. She finds a volunteer project in Maria (Karen Black), a reclusive hoarder who has alienated her own family with her compulsive behavior. As the two become unlikely friends and confidantes, Ana finds herself in an emotionally complex relationship that reveals some uncomfortable truths about herself.