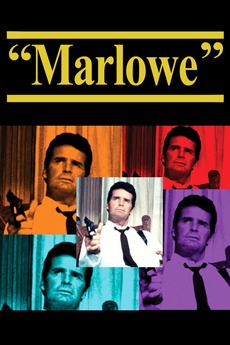 Marlowe is the Best Private Eye in the Business. Just Ask the People He Does Business With

Los Angeles private-eye Philip Marlowe is trying to locate the brother of his new client, a woman named Orfamay Quest. The trail leads to two men who deny any knowledge of the brother's existence. Both are soon killed by an ice pick, so Marlowe deduces that there's much more to this than a simple missing-person case. Marlowe's path crosses that of a blackmailed movie star, Mavis Wald, and her friend, exotic dancer Delores. A mobster sends karate expert Winslow Wong to bust up Marlowe's office and warn him off the case, while Lieutenant French also cautions the detective to stay out of the police's way.