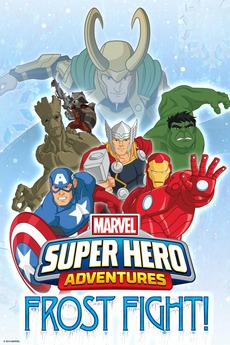 The holiday season gets extra chilly as Loki and the frost giant Ymir plot to conquer the world. Marvel heroes Iron Man, Captain America, Hulk, Thor and others must stop the villains from stealing Santa's power – if anyone can actually find the mysterious Mr. Claus. Fortunately, Rocket Raccoon and Groot are also hot on Santa's trail. Heroes, villains, elves and cosmic bounty hunters collide in an epic quest that leaves the fate of the holiday and the world in the balance.

A list of all feature length films based on Marvel owned comics or characters, including theatrical, home video, and TV…

Every movie available to watch on Disney+ in Ireland and the UK. Sort by REVERSE ORDER on this list to…

I love comic book movies, so i started working on this list for a while now, the goal is to…