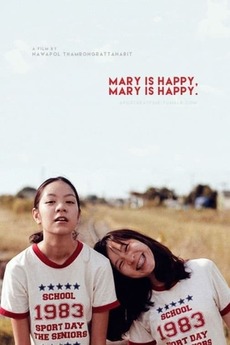 Mary is a senior in high school. With graduation a few months away, she is faced with sudden changes in life, love, and friendship. Meanwhile, strange events begin to happen to her that seem completely random and without reason. She struggles to make sense of her life as it threatens to spin out of control. The narrative of an uncontrollable life derives from the artistic concept of the project, which is to adapt a Twitter stream into a fictional film. The director uses 410 real Tweets from an anonymous girl as a springboard to create a fantasy world of a contemporary Asian teenager.

- a twitter thread with channels that provide free movies

I won't include every contemporary Thai art house film I watch here, nor am I suggesting that I truly love…

Always on the lookout for some juicy picture shows

This list includes East & Southeast Asian films I love (1-40). The…