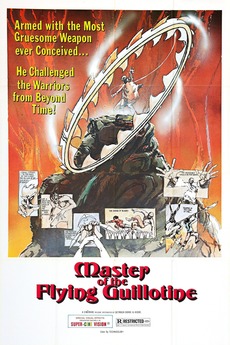 Master of the Flying Guillotine
JustWatch

Master of the Flying Guillotine

A one-armed martial arts master is being stalked by an Imperial assassin, the master of two fighters killed in the previous film. When the One-Armed Boxer is invited to attend a martial arts tournament, his efforts to lay low are unsuccessful, and the assassin soon tracks him down with the help of his three subordinates: a Thai boxer, a yoga master, and a kobojutsu user.