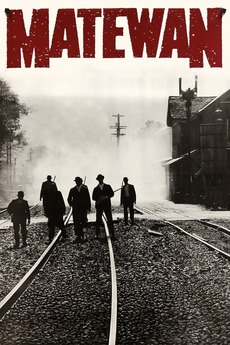 It takes more than guns to kill a man.

Filmed in the coal country of West Virginia, "Matewan" celebrates labor organizing in the context of a 1920s work stoppage. Union organizer, Joe Kenehan, a scab named "Few Clothes" Johnson and a sympathetic mayor and police chief heroically fight the power represented by a coal company and Matewan's vested interests so that justice and workers' rights need not take a back seat to squalid working conditions, exploitation and the bottom line.