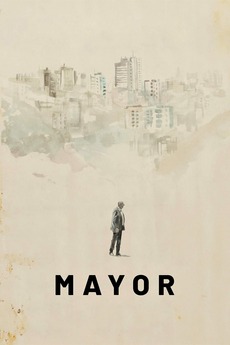 Musa Hadid is the wry, level-headed mayor of Ramallah, a historically Christian city that has become the de facto capital of Palestine. Set during the Christmas season, Mayor observes Hadid, e-cig in hand, as he traverses Ramallah to meet with constituents and manage the quotidian predicaments facing the city, all the while working toward a day when his nation will be truly free. Director David Osit’s patient camera reveals moments of absurd humor, lyricism, and even white-knuckle tension, all while allowing the less newsworthy aspects of oppression to be felt in indelible, organic ways.

Two hundred thirty-eight features are eligible for consideration in the Documentary Feature category for the 93rd Academy Awards. Some of…

Even in the bizarre existential crisis of 2020, anyone who thinks this was a bad year for movies hasn't seen…

As 2020 is finally coming to an end, I thought it'd be nice to have a vote list in the…

Going to try and catch up with some films from last year when i get the chance. Only films i…