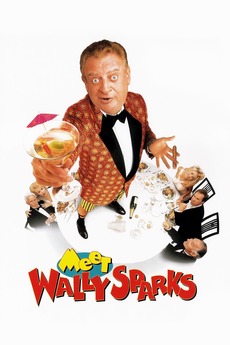 Wally Sparks is a tabloid TV show reporter who's trying to boost ratings on his show. He goes to the governor's mansion to uncover a sex scandal.

Under the Influence 🥴 Best Films to Watch High

90s/00s fisheye posters with protagonists pointing, screaming, or staring stupidly at you