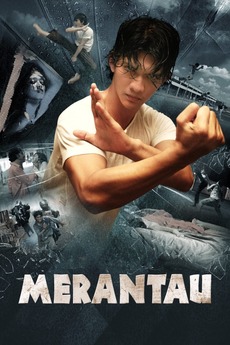 Every journey must begin with one small step.

In Minangkabau, West Sumatera, Yuda a skilled practitioner of Silat Harimau is in the final preparations to begin his "Merantau" a century's old rites-of-passage to be carried out by the community's young men that will see him leave the comforts of his idyllic farming village and make a name for himself in the bustling city of Jakarta.