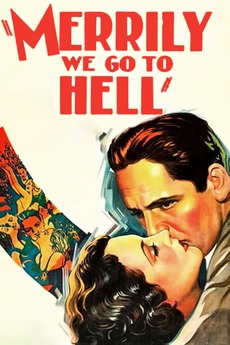 Merrily We Go to Hell
JustWatch

Merrily We Go to Hell

A drunken newspaperman, Jerry Corbett, is rescued from his alcoholic haze by an heiress, Joan Prentice, whose love sobers him up and encourages him to write a play, but he lapses back into dipsomania.