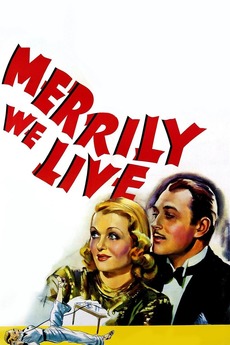 IT TOPS "TOPPER" BY A HUNDRED HOWLS!

Dizzy society matron Emily Kilbourne has a habit of hiring ex-cons and hobos as servants. Her latest find is a handsome "tramp" who shows up at her doorstep and soon ends up in a chauffeur's uniform. He also catches the eye of her pretty Geraldine.