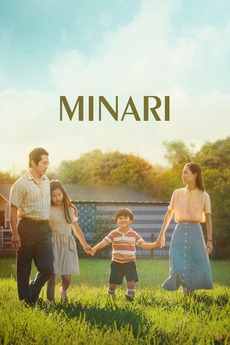 It’s the 1980s, and David, a seven-year-old Korean American boy, is faced with new surroundings and a different way of life when his father, Jacob, moves their family from the West Coast to rural Arkansas. His mother, Monica, is aghast that they live in a mobile home in the middle of nowhere, and naughty little David and his sister are bored and aimless. When his equally mischievous grandmother arrives from Korea to live with them, her unfamiliar ways arouse David’s curiosity. Meanwhile, Jacob, hell-bent on creating a farm on untapped soil, throws their finances, his marriage, and the stability of the family into jeopardy.

Not on LB database:

I took all of the ratings from over 5,000 Rotten Tomatoes approved critics from all across the world and averaged…