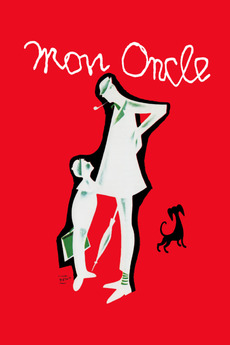 Genial, bumbling Monsieur Hulot loves his top-floor apartment in a grimy corner of the city, and cannot fathom why his sister's family has moved to the suburbs. Their house is an ultra-modern nightmare, which Hulot only visits for the sake of stealing away his rambunctious young nephew. Hulot's sister, however, wants to win him over to her new way of life, and conspires to set him up with a wife and job.