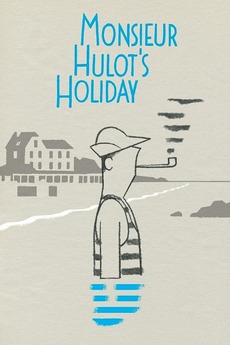 Monsieur Hulot, Jacques Tati’s endearing clown, takes a holiday at a seaside resort, where his presence provokes one catastrophe after another. Tati’s masterpiece of gentle slapstick is a series of effortlessly well-choreographed sight gags involving dogs, boats, and firecrackers; it was the first entry in the Hulot series and the film that launched its maker to international stardom.

movies without a strong plot where it's mostly just characters wandering around, talking and living life. recommendations welcomed as always…