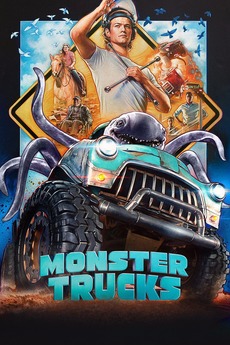 Looking for any way to get away from the life and town he was born into, Tripp, a high school senior, builds a Monster Truck from bits and pieces of scrapped cars. After an accident at a nearby oil-drilling site displaces a strange and subterranean creature with a taste and a talent for speed, Tripp may have just found the key to getting out of town and a most unlikely friend.

things my dad has said about movies

i watch a lot of movies with my dad and here are his commentaries before, during, and after the movie…

why are these even released