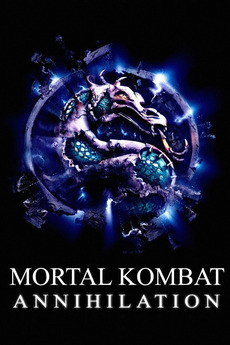 The world was created in six days, so too shall it be destroyed and on the seventh day mankind will rest... in peace

A group of heroic warriors has only six days to save the planet in "Mortal Kombat Annihilation." To succeed they must survive the most spectacular series of challenges any human, or god, has ever encountered as they battle an evil warlord bent on taking control of Earth. Sequel to the film "Mortal Kombat," and based on the popular video game.