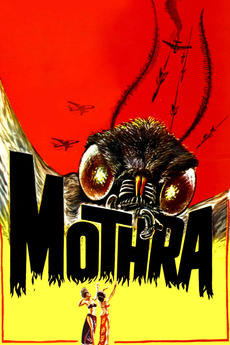 A gruesome marvel! From giant egg to giant moth, attacking the whole world with fury!

Shipwreck survivors are found on a presumably uninhabited and irradiated island called Infant Island. A joint expedition of Roliscan and Japanese scientists explore the island and discover the Shobijin, the twin priestesses of the island's deity, Mothra. When a greedy businessman kidnaps the fairies for profit, the divine Mothra sets out to rescue them.