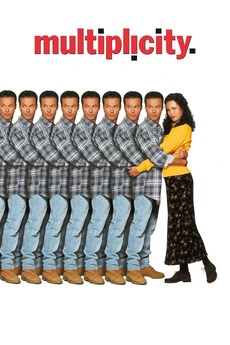 Sometimes to get more out of life, you have to make more of yourself.

Construction worker Doug Kinney finds that the pressures of his working life, combined with his duties to his wife Laura and daughter Jennifer leaves him with little time for himself. However, he is approached by geneticist Dr. Owen Leeds, who offers Doug a rather unusual solution to his problems: cloning.