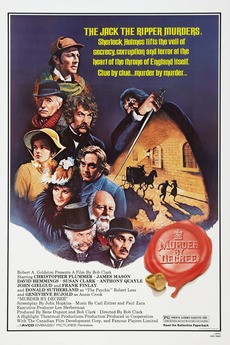 Sherlock Holmes is drawn into the case of Jack the Ripper who is killing prostitutes in London's East End. Assisted by Dr. Watson, and using information provided by a renowned psychic, Robert Lees, Holmes finds that the murders may have its roots in a Royal indiscretion and that a cover-up is being managed by politicians at the highest level, all of whom happen to be Masons.