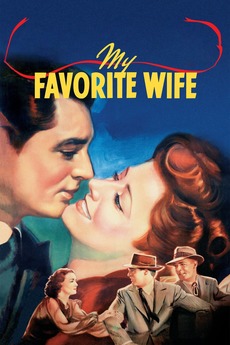 The funniest, fastest honeymoon ever screened!

Seven years after a shipwreck in which she was presumed dead, Ellen Arden arrives home to find that her husband Nick has just remarried. The overjoyed Nick struggles to break the news to his new bride. But he gets a shock when he hears the whole story: Ellen spent those seven years alone on a desert island with another man.

All The Films Leaving the Criterion Channel on February 28th 2021