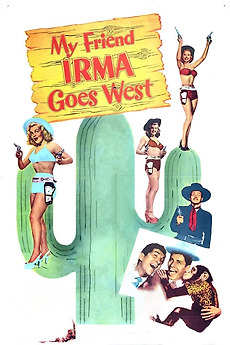 Singer Steve, friend Seymour and fiance Jane, along with her dizzy blonde room mate Irma, have a series of misadventures on a California-bound train and end up involved with a gang of murderous gangsters in Las Vegas.

Movies with the best pasta/noodle scenes

My two greatest passions, pasta and movies all in one list!