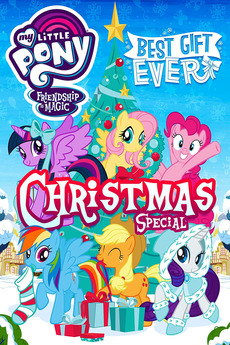 My Little Pony: Best Gift Ever

As the ponies prepare for another Hearth's Warming, families come together to celebrate the holiday; Pinkie Pie, Fluttershy, Applejack, Rarity, and Rainbow Dash are ready for the big day, but Princess Twilight Sparkle doesn't have time to celebrate.