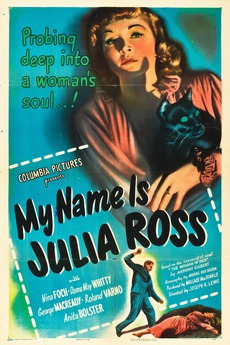 My Name Is Julia Ross

She went to sleep as a secretary ... and woke up a madman's "bride"!

A woman finds herself entrenched in a murder cover-up when she goes to work for a wealthy widow.