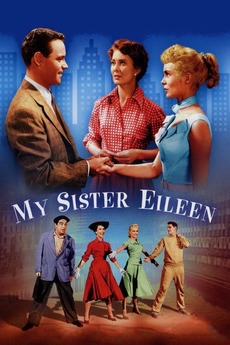 Ruth and her beautiful sister Eileen come to New York's Greenwich Village looking for "fame, fortune and a 'For Rent' sign on Barrow Street". They find an apartment, but fame and fortune are a lot more elusive. Ruth gets the attention of playboy publisher Bob Baker when she submits a story about her gorgeous sister Eileen. She tries to keep his attention by convincing him that she and the gorgeous, man-getting Eileen are one and the same person.