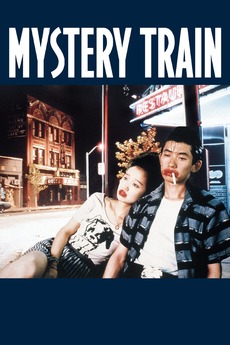 In Memphis, Tennessee, over the course of a single night, the Arcade Hotel, run by an eccentric night clerk and a clueless bellboy, is visited by a young Japanese couple traveling in search of the roots of rock; an Italian woman in mourning who stumbles upon a fleeing charlatan girl; and a comical trio of accidental thieves looking for a place to hide…