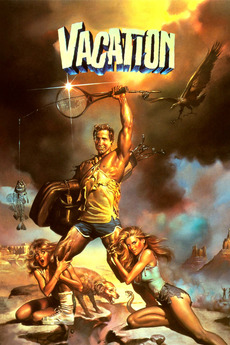 Every summer Chevy Chase takes his family on a little trip. This year he went too far.

Clark Griswold is on a quest to take his family on a quest to Walley World theme park for a vacation, but things don't go exactly as planned.