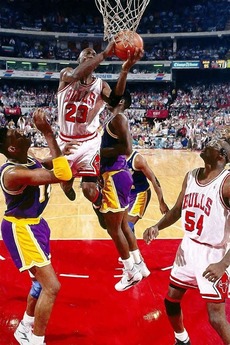 The series was not the first time that the Bulls and Lakers faced off in the playoffs. Prior to 1991, they met for four postseason series (1968, 1971, 1972 and 1973), all Lakers victories. Chicago was a member of the Western Conference at the time and moved into the East in 1981. The 1991 Finals marked the first time the Bulls defeated the Lakers in a playoff series. This series would mark the end of the Lakers Showtime era and the beginning of the Bulls' dynasty. After winning five championships in eight finals appearances in the 1980s, the Lakers would struggle for the rest of the 1990s before winning five championships between the 2000–2002 and 2009–2010 seasons.