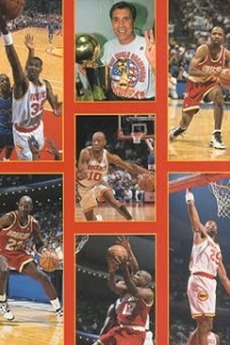 The 1995 NBA Finals was the championship round of the 1994–95 National Basketball Association (NBA) season. The series pitted the Eastern Conference champion Orlando Magic against the defending NBA champion and Western Conference champion Houston Rockets. The pre-series hype and build-up of the Finals was centered on the meeting of the two centers opposing each other: Shaquille O'Neal of the Magic and Hakeem Olajuwon of the Rockets. Going into the series the matchup was compared to the Bill Russell–Wilt Chamberlain matchup of the 1960s.