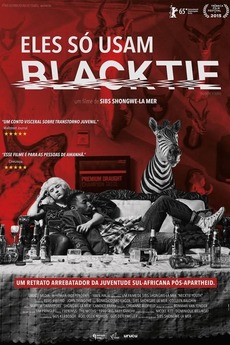 Anyone who grows up in Sandton spends a lot of time hanging out at pools and drug-filled parties – for this part of Johannesburg is the richest spot in the whole of Africa. Necktie Youth portrays this first post-apartheid gilded youth in striking black-and-white. Soft colours are reserved for their childhood memories of the early years of the rainbow nation. White 19-year-old Emily did not understand the codes of their set and could not take the pace of the ever-changing, fleeting liaisons, says the super cool, black and privileged September when he tries to explain to a TV reporter why Emily hung herself in her parents’ garden. She even positioned her camera in such a way that her suicide could be streamed live.