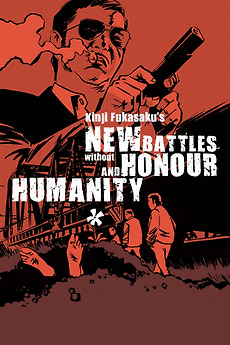 New Battles Without Honor and Humanity 1

The sixth chapter of Jingi Naki Tatakai series With the endless power struggle. The extraordinary combination of Kinji Fukasaku and Bunta Sugawara, along with new ideas and a strong touch of realism, created the sixth movie of the series that describes 'The War of Hiroshima Gangsters' which had lasted almost 30 years after World War II. It can be called the Japanese secret post WWII history. It focuses on the ugly, violent inside struggle of the Yamamori Group of 1959 in Kure City, Hiroshima. Director Kinji Fukasaku, the master of portraying violence and humanity, said "Having making the five previous movies, I found those characters very interesting. So I took a deeper look into them this time." He made this shocking movie with high enthusiasm and revealed the core of gangster's struggle which has never been touched before.

Cults Around the World: Japan Edition

It's not just America who do cult movies, the rest of the world has their fair share of them too.…