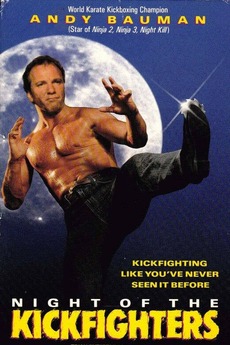 Night of the Kickfighters
JustWatch

A new high tech laser is being developed under the watchful eye of a Scientist when a mercenary group tries to steal it. It is up to the Night raider to return the laser safely before it falls into the wrong hands.

Redlettermedia's "Best of the Worst"

Listed below are the films covered on the hilarious Youtube show "Best of the Worst", which can be found on…

Best of the Worst: A list of all movies featured on RedLetterMedia's B-Movie web series

A list of all movies featured on RedLetterMedia's web series, Best of the Worst, in which three random terrible movies…

A comprehensive list of all the movies watched on the Red Letter Media series, "Best of the Worst". Videos not…

Here are all the movies reviewed by the RLM gang. Info about the reviews and links in the notes. Some…