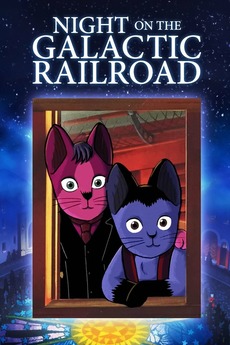 Night on the Galactic Railroad

Giovanni currently lives a dreary life of near non-stop work. At school, his peers ridicule him incessantly, and his employer at work is distant and cold. As his isolation from society becomes unbearable, he suddenly finds himself on a train heading far away from his miserable home. Accompanied by Campanella, an acquaintance from school, Giovanni embarks on a journey that will define the rest of his life.